This year's PAF will offer six programme sections prepared by the experts on the given field. It is a great honour for us that the main programme section, which characterizes the Czechoslovak visual culture of the socialistic 1950s, will be dramaturgically prepared by Pavel Ryška.

Colourful 50s contrasts the  idea of totalitarian "grey timelessness" and colourful range of life experiences which exceed both, the programme propositions of communist apparatchiks, and many citizens' sincere faith in the general well-being of future society.

The Festival of Film Animation will gradually introduce other programme sections, accompanying musical programme and the main festival guest – so called PAF Cult. 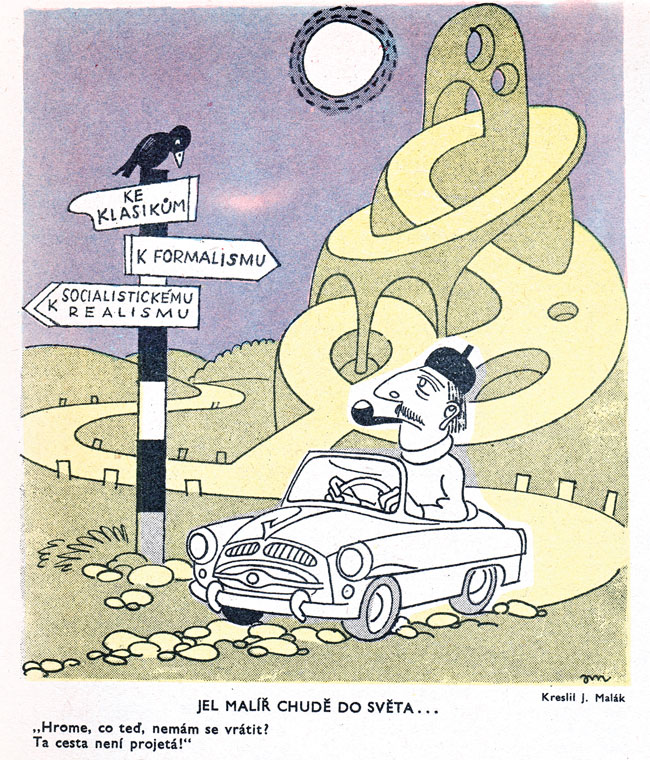 Colourful 50s does not strive to present a more pleasant image of post-war Czechoslovak  society, much less the rehabilitation of professional revolutionists' conspiratorial practices. Instead of the idea of "grey timelessness", it offers a colourful range of life experiences which exceed both, the programme propositions of communist apparatchiks, and many citizens' sincere faith in the general well-being of future society.

Colourful 50s represents a search for the images within which the heritage of inter-war modernism (as well as much older motifs) survived, and the turning points that disturbed the homogenization of a life style influenced by social realism.

This exploration of Czech visual culture introduces Jaroslav Malák as an author of animated films, it commemorates images from the dawn of time, it reminds us of educational and economic propagation and the handmade accessories of yobbish fashion, as inspired by illustrated novels and films. Lectures and projections will conclude with a discussion with the contemporary Czech and Slovak designers and visual artists about their attitudes toward  artists who were active in the 1950s. The resulting "spirit of the age" might not be the most precise one, but hopefully it will be more colourful, different and unusual, and it enables us to point out those places where the past is leaking into the present.

He studied the Faculty of Fine Arts, Brno University of Technology from 1998. He dealt with social conditions of view and spread of dominant frameworks within which we observe and interpret visual images. From 2005 to 2009 he was a postgraduate student of the FAMU Center for Audio Visual Studies in Prague. He studied origins of film animation and historiography of comics.