The audio-visual artist Martin Blažíček is going to open his exhibition in Vitrína Deniska on Monday, 29 February. After the opening he is going to introduce together with Michal Zbořil his new cinematographic performance Binary Logic that was produced by PAF.

Rate of gradient, gradient, (or) either ascending or descending part, rising, (or) speed with which physical quantity is increasing or decreasing in proportion to changes of the given variable. In series of installations Gradient, the filmmaker and multimedia artist Martin Blažíček proceeds from natural lighting conditions of space and by means of negligible interventions of grey levels he changes them into optic illusion.

The exhibition was preceded by the lecture by Martin Blažíček within the cycle What is Live Cinema? and his performance Binary Logic.

After the opening, Blažíček is going to introduce his cinematographic performance Binary Logic for the first time in Olomouc. The performance was produced by PAF within the Festivals of Live Cinema project for the Norwegian festival Screen City (October 2015).. 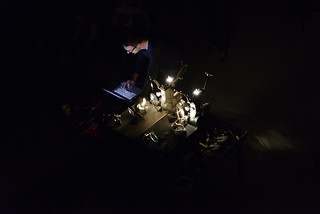 Photos from the world premiere of the Binary Logic, which took place in Screen City festival in Stavanger (15 October 2015). 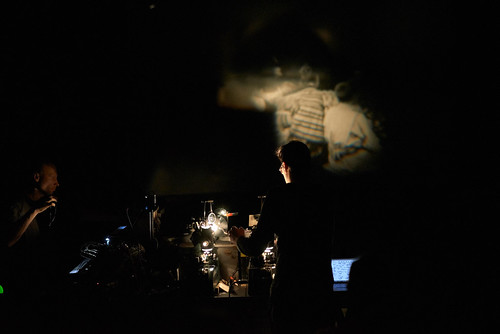