The 14th PAF—Festival of Film Animation in Olomouc (3–6 December 2015) was one of the main outputs of the Festivals of Live Cinema project. PAF is working on this project from April 2015 to April 2016 in cooperation with the Norwegian festival Screen City.

The four-day festival of film animation and the contemporary art involved many activities dealing with live cinema phenomenon in broader context. These activities, no matter whether they were represented by the original audio-visual performances, round tables or screening blocks, were all implemented under the aegis of the Festival of Live Cinema project.

A series of the original audio-visual installations and performances, which were developed during the preceding months on basis of Live Cinema Lab, took place at PAF. This laboratory of live cinema proceeded till mid-August 2015 and consisted especially in the communication of Norwegian, Czech and international artists whose works involve live cinema, theorists, curators and other specialists on this field. Live Cinema Lab also included visits of studios as well as the cooperation of artists who created completely new projects for the Festivals of Live Cinema. 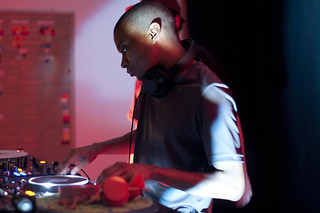 Audio-visual installations and performances based on Live Cinema Lab

The presentation of an artistic creation which transforms into a composition intended for a baroque chapel. Unpredictably flowing ambient areas meet abstract rhythmical structures and thus they form impressive sonic landscapes full of surprising moments and sound coincidences.

The live cinematographic performance composed of a series of slides and epically phased music was created in Norway by the British filmmaker Greg Pope in cooperation with Czech musical artists Veronika Vlková and Kateřina Koutná, using the artistic pseudonym Salvia.

PLAIN is a new audio-visual project by Jonatán Pastirčák and Ján Šicko, a real-time audio-visual spatial landscape. The project follows the Project for Orgell Natt that was created for Screen City in Stavanger.

At PAF the newly originated projects were not only demonstrated by the artists, but they were brought closer to the audience by means of the consequent presentations. They were supplemented with lectures dealing not only with the history of Live Cinema phenomenon, but also with other related phenomena that were introduced by the leading Czech as well as international theorists and artists.

11 am | Samson Kambalu for The One Minutes: Nyau Cinema | screening

Within the framework of the yearlong running series of seminars and lectures What Is Live Cinema?, which has been implemented by PAF as a part of Festivals of Live Cinema, the Czech theorist Tomáš Pospiszyl contributed to the discussion with his lecture about phenomenon of Laterna Magika in the context of the international exhibitions.

The December festival also introduced several screening blocks describing manifestations of animation in the contemporary films and videos that originated on basis of installation and audio-visual performance.

The work of James and John Whitney were presented by Martin Čihák, film avant-garde historian and film editing morphologist. He puts the work of both filmmakers into one of the areas of absolute film, where the camera and the film reel are used as recording media, while the abstract world is created in front of the camera

Other Visions are different visions this year: they are clearly defined, or internally differentiated works that, by their visuality, narrative structure and combinations of the two, either have a leaning towards the space “in between” or, through various formats of presentation, develop a different level of meaning supported by and connected with a projection/installation situation.

Highlights of this year’s programme were certainly several round tables dealing with specific questions of distribution and archiving as well as documentation of live cinema works that are difficult to be grasped in this respect. Significant Czech as well as international specialists and notable artists participated in the round tables.

Distribution Situation – The State of Things 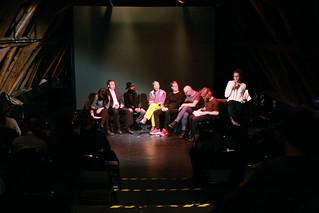 The project "Festivals of Live Cinema—Collaboration of the Czech (PAF) and Norwegian (Screen City) Platforms for Film and Contemporary Art of the Moving Image" is supported by grant from Iceland, Lichtenstein and Norway.