Taking place within the Fourth Arts Block, one of only three official art districts in the City, the PAF festival featured projects by a variety of contemporary artists based in Czech Republic and New York.

The key element for the selection of artists was the focus towards the phenomenon of film animation and experiments with the art of the moving image. The mixture of international artists gives similarities, singularities and sur-realities, and is welded together by the unique spirit of the wide conception of animation phenomena in the context of cinematography, media studies, visual arts and music, that is omnipresent in all events organized by PAF since 2008. 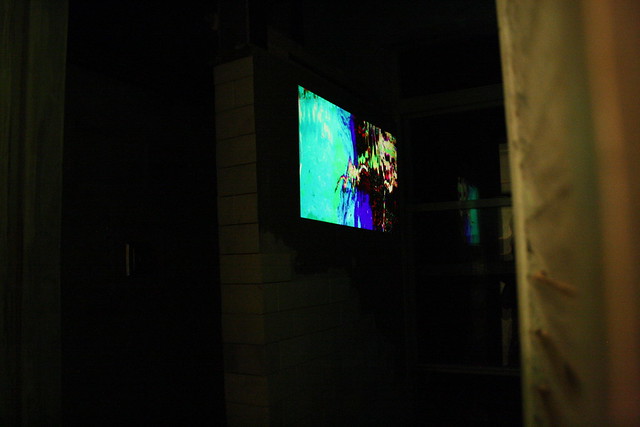 Curated & organized by PAF Olomouc with special thanks to Alexander Campaz.

from 6pm to midnight

The East 4th Street Cultural District is nationally recognized as an incubator for new work and diverse artistic voices by supporting experimental performances and cutting-edge productions and is proud of its outstanding records for racial and ethnic diversity, free and low cost programs, and training for emerging artists and youth.

PAF Olomouc is a Czech platform for film and contemporary art of the moving image established in 2000. It organizes yearlong dramaturgical and production activities, curatorial exhibitions, projections and workshops at home and abroad and prepares and publishes books, DVDs, and recordings within its Edition PAF.

Among more than 40 events organized per year, the most outstanding remains the 4-day PAF—Festival of Film Animation and Contemporary Art held annually in Olomouc, Czech Republic. The 14th edition of the festival will be held in December of 2015.

The first issue of the festival PAF New York was organized by PAF in 2011, when it offered series of installations, screenings and performances with special attention to the phenomenon of re-edits and the contemporary Czech animation and the art of the moving image of film and video.