On Friday the Festival of Film Animation (PAF) will offer attractive programme from the morning till late night. It will include screenings, remarkable AV performances, interesting lectures and presentations, as well as a midnight DJ set.

The Friday programme will start in Film Auditorium with the screening of Czechoslovak cartoon and puppet films today I. It is a block of animations from the first part of the 1960s that originated in the Studio of Cartoon and Puppet Film. You can look forward to agitprops, social satire and animated grotesques.

At 11 am Peter Budinský will in the Congregation Hall introduce his feature film Heart of a Tower. One hour later, the historian of film avant-garde Martin Čihák will present James and John Whitney’s work in the Film Auditorium. Works of both filmmakers represent absolute film in which a film strip serves as a recording medium and the abstract world is created in front of a camera by means of which it is filmed.

After the noon you can look forward to a screening block which will introduce essential films of the TRIK group. This group for a long time determined the form and style of the Czechoslovak amateur animation. Another screening will take place in Corpus Christi Chapel at 1:30 pm. The contemporary Slovak animation will be presented by five short films that were arranged for the Festival of Film Animation (PAF) by the Slovak production company BFILM, represented by Peter Badač. In the programme it can be found under the name SK Young and Fresh.

During the Friday programme you also have an opportunity to meet Takashi Makino’s work in which classical film technologies are combined with digital elements. It will be introduced in the presentation called Film that will take place in the Film Auditorium at 3 pm. At 11 pm you can visit Takashi’s Space Noise 3D which is based on a combination of image flow from 16 mm projector and video projector. The visitor will watch the resulting image using 3D glasses.

#mm net art, the first Czech comprehensive anthology of the internet art will be introduced during the Friday afternoon as well. It is one of the latest activities of PAF Edition – the publishing series of the Festival of Film Animation (PAF). It will be introduced in the form of a critical performative review by the curator, graphic designer, occasional coder and head of the Department of Digitalisation and New Media, the Slovak National Museum, Katarína Gatialová at 4:30 pm in the Congregation Hall.

The evening programme will offer interesting screenings and presentations as well. At 5:30 pm the selection of videos made by the American animator and visual artist Jonathan Monaghan will be screened in Film Auditorium. Film Adventurer Karel Zeman, dealing with the life and work of one of the most famous Czech filmmakers, will be screened in Corpus Christi Chapel at 7 pm. Jiří Winter’s drawings, that were firstly introduced in the animated video clip “Red Aero,” will be presented at 9 pm within the screening block Neprakta in a Film.

The Austrian filmmaker Martin Arnold will give a lecture called Black Holes in the Film Auditorium at 7 pm. He deals with both questions of subconscious perception of various features hiding in spaces between individual film frames, and visible anatomy of Disney’s Pluto and Mickey.

Of course there will be many interesting AV performances as well. The first of them is called Stone Horizon and starts at 8 pm in the Theatre. It will be performed by the British filmmaker Greg Pope and the Czech visual project Salvia. This “live cinematographic performance” was directly initiated and produced by PAF. One hour later, one of the most significant talents of the contemporary electronic club scene Lotic together with the artist Michal Pustějovský will start their show in the Theatre of Music. Michal Pustějovský will be already known to the audience thanks to his afternoon presentation called Generated Image.

Within its night screening PAF will screen the film The Boy and the World made by the Brasilian filmmaker Alê Abreu. The film is about a boy from a small village who sets out on a journey to the city to find his father. The Russian satiric film Ku! Kin-dza-dza will be screened at midnight. It is the first animated film by the Russian director Georgiy Daneliya. In this film he returns to his older work of the 1980s.

Also the second festival day will be concluded with a DJ set, this time by INSO b2b Biomat. 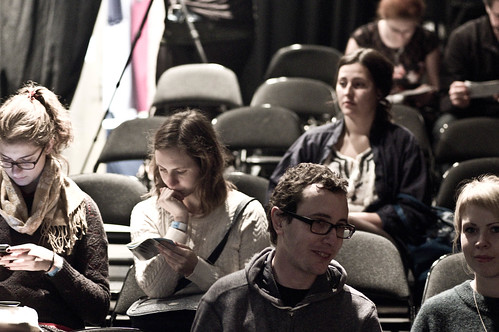 1:30 pm | CH | Something Somewhere (with Something) | lecture – Tomáš Pospiszyl | Animation beyond Animation