UNDER THE PATRONAGE OF PAF THE SUBSTANCE OF FILM IN JIHLAVA

DIOD theatre’s new project concentrates at contemporary short film. The first items on their programme were the videos that “are not afraid to experiment”. Under the patronage of PAF, winners of Other Visions Petr Sprincl and Janek Rous presented their work in Jihlava on May 5 2016.

Films that go for the substance of film itself, which explore various forms of capturing reality with moving image and sound, were thus be presented on the screen.

Both authors will personally arrive to Jihlava:

Janek Rous – Winner of Other Visions 2015

Petr Sprincl (together with Marie Hájková) – Winner of Other Visions 2013

SHORT FILMS IN DIOD – THE SUBSTANCE OF FILM

The event took place in cooperation with PAF – Festival of Film Animation Olomouc. 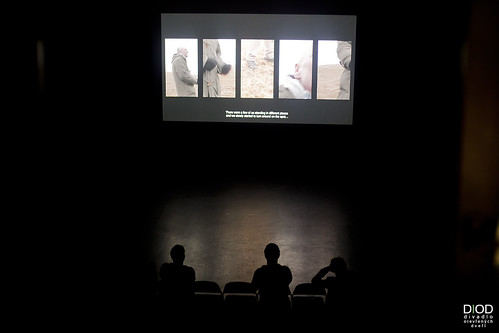